Our news and updates

A Brief History of the BitShares DEXBot: Automated Market Maker

For purely sentimental purposes, you can view the original iteration of Bitshares DEXBot, previously known as stakemachine on GitHub. Created by XEROC (Fabian Schuh, ChainSquad GmbH) it was until recently an open source tool for more advanced users of the BitShares Decentralized Asset Exchange (DEX for brevity). The tool was provided as-is, and essentially reserved for more advanced users. They must have been comfortable entrusting funds to a bot, whilst setting it all up and running the scripts on their own nodes, on a command line.

The DEXBot Worker was a community proposal put together by fans of the original stakemachine to change all this. The business proposition was simple. To create an improved and evolved tool that anyone on BitShares can use, by adding a GUI and creating a proper app with technical documentation, tutorials, community and other online content.

A direct consequence of having a user-friendly market making bot is intended to be more liquidity for the most popular digital assets of the DEX dApp on the BitShares blockchain. More liquidity, in turn brings more users/traders in a self-fulfilling cycle.

With the worker now in its 3rd iteration, there has been extensive progress. The first worker took place thru 2018, and you can check out the original details in this google doc. That worker began with a budget of $660 USD (equivalent) in daily pay with a dedicated team. Should you want to read up on what happened, there is a post on Steemit that provides the full 2018 report here. In essence, the first worker completed the task of building a GUI based trading bot with a community of users and its own website.

“Goal of Year 1:
to build a functional market making bot for under $250k
Succeeded” source In fact, the project came in well under this budget and resulted in the community being able to experiment with the beta version of a GUI based automated trading bot for BitShares.

Ever since this worker began, a full-time team have worked on DEXBot. The first half of 2019 has seen it evolve as cross-platform GUI application for users of the BitShares DEX to install, connect a funded wallet, create strategies and parameters which allow trades to take place within automated parameters. They have a full website which includes downloads and tutorials, seen below. The software is now available to install on Mac, Windows, and Linux platforms.

For 2019, the DEXBot team split the worker into 2 separate 6 month proposals, WP2 and WP3. By the end of 2018, the team had launched a product, setup the DEXBot website mentioned earlier, and published the proposal for WP2 here. You can view the current (inactive) worker proposal here on the DEXBot website.

The DEXBot website holds a rich variety of content, including mandatory DEXBot community links and tutorials. To this end the website is a great step in helping onboard more users to both BitShares and usage of the tool. The open source code and latest releases are available on GitHub at Codaone/DEXBot.

As of the end of the previous worker and into the new one, BitShares DEXBot have taken a clear strategy towards funding management. They sensibly left a ‘buffer’ in case of votes dropping the worker inactive for a period of time. It’s preferable to slightly over-fund a worker. So long as an agreement is in place for spare funds being returned, reused, or burned at the end of the worker. Reasoning is simple, rather than the expensive route of having a worker start spending, then run out of funds. This can result in an incomplete delivery. ‘total loss’. A worker being fully delivered with budget left for the next phase will always be preferred!

At the current time, this worker is short on 4 million votes although it has previously been active in recent times. It can be seen on the worker funding account, there is today about 25 days of funds available for the team to run the worker, or approximately $15,000 USD worth of BTS and BitCNY in the account.

What are the results / profits of the worker?

We’ve seen statistics around that prove users of BitShares DEXBot create a much greater magnitude of filled orders. This means more fees for the blockchain. Also a consequence, market liquidity increases via funds actively traded, instead of sitting idle in a wallet. Liquidity attracts more traders, and more traders = more fees for the blockchain reserve pool. Additionally, consider that active trading and liquidity can also increase the value of BitShares core token BTS. This is by far the greatest ROI such a project could achieve, yet very hard to place firm numbers on. There are reports you can read up which we’ll come to in a moment.

All items considered, it certainly appears obvious that DEXBot is a vital marketing product. It is a tool for achieving greater adoption and liquidity of the BitShares blockchain.

Daring to attempt answering what the DEXBot returns takes substantial research and highly specialized skill in producing such reports. Mostly this is a consequence of the vast amount of blockchain data to analyze. Fortunately, core member of the DEXBot team, @Cryptik, has done the heavy lifting for us. There are plenty of posts over on his STEEM account for example BitShares-BitCNY-BitUSD Market. Click on his username over there to see all of them.

Conclusion: Future of the DEXBot is CEX <-> DEX arbitrage

The current worker is voted inactive and thus the team must rely on their current buffer of funds to focus on new features like centralized exchange arbitrage. Although the idea has appeared early on, in order to create CEX <-> DEX functionality, a re-write of the fundamental code structure was necessary. According to the WP3 proposal, this refactor consequently took place in the previous 6 months (part 1 of 2019 worker). This paves the way for CEX <-> DEX trading. In other words, by working with the centralized exchange APIs, DEXBot will appeal to many types of digital asset traders. No longer will it be limited to those only within BitShares.

Of course it is critical that DEXBot receives funding to enable the great new opportunities of automated and time-sensitive CEX<>DEX arbitrage. So if you are a holder of BTS core tokens, do consider heading to the reference UI voting section to support this worker regardless of your holding size.

Read all about the worker in detail, (which also has good information on the history) in the currently active WP3 proposal document. Whilst over there, check out the rest of the DEXBot website, also see Cryptik’s Steemit, and the GitHub repo. 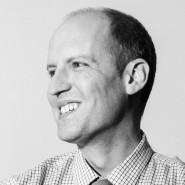